“US Airways needs to get serious about coming to contract terms with its own employees instead of bribing American’s employees to support its merger dreams,” said IAM General Vice President Sito Pantoja.

“Management needs to spend less time and money on hypothetical mergers and more time addressing their current employess’ needs. This 4.3 percent raise is not even a down payment on what IAM members at US Airways will get at the conclusion of our negotiations,” said Pantoja. “IAM members can rest assured that their negotiators will not ask them to accept such a paltry pay increase. IAM members, and only IAM members, will determine the terms of their contract.”

“The executives at US Airways should be ashamed of themselves. IAM members have made this carrier a success once again only to be treated with disrespect,” said Pantoja. “It’s time to pay the rent and the paltry 4.3 percent USAirways offered American’s employees is unacceptable.” 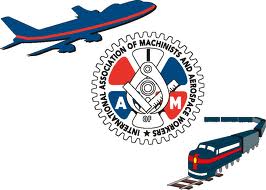